Employers in the Asia-Pacific region rank as the most demanding in the world – with 94% of Chinese workers, 93% of Malaysian workers and 85% of Hong Kong workers stating their employers are demanding more of them now than five years ago. Australia comes in right behind at 84%.

Surveying over 13,000 workers across 32 countries each quarter, the latest Randstad Workmonitor report demonstrated a disconnect between workers and their employer’s desires.

Two thirds of Australian workers stated the requirements of their jobs have changed significantly over the last five years, but 21% stated they have no responsibility in ensuring their skills meet the new demands, and 89% indicated it was their employers’ responsibility. This is compared with the rest of the region, where employees take a great deal of responsibility in keeping up with the evolving nature of work.

“If Australia is going to maintain its position as one of the most successful economies in the region, it’s important that businesses and employees alike place a premium on developing skills,” Steve Shepherd, group director of Randstad, said.

“Ultimately, the responsibility rests with both the individual and the employer. All businesses need to actively invest in training and up-skilling their employees, and Australians should feel more encouraged to seek out opportunities to do so from their employer.”

This view on evolving job skills is coupled with Australian workers’ apathy towards promotions. Eight per cent of employees stated they were strongly motivated by the chance of promotion, with half saying they were not motivated at all.

Written by Cameron Edward and published in HC Online. October, 2013 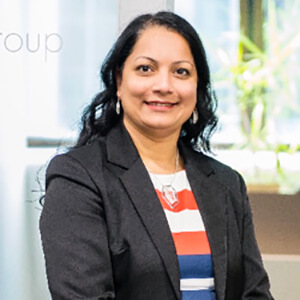 Kala Philip   Drawing upon her real world experiences, Kala’s broad industry sector expertise brings a real and practical strength to the solutions, clients, consultants and stakeholders she works with at BSI Learning. As COO & Executive Director, Kala heads up the day to day operations of the company, including the design and delivery of…